Our Investment in FabricNano: Enabling the Bioindustrial Revolution

Consumption as we know it today cannot, and should not, last forever. The manufacture of petrochemical products such as cosmetics, deodorants, and even toothpaste accounts for 14 per cent of global oil demand, a share that is expected to rise to a third in 2030 and to nearly half by 2050. As a result, removing petrochemicals from the production process must be a priority for all countries operating in accordance with commitments to the Paris Agreement, which aims to reduce greenhouse gas emissions by 80 per cent by 2050.

One solution to the petrochemical puzzle is biology. First-generation biotech companies turned to fermentation — the century old practice which also turns yeast into beer — to begin producing in a much less environmentally damaging way. The results were more sustainable, but not very scalable. For the mass production of goods like plastic, enthusiasm for biomanufacturing approaches has been dampened by prohibitively high costs. Finding a third way that combines the sustainability of artisanal biomanufacturing with the economic logic of mass production has historically appeared to be as elusive as it is lucrative.

That’s why we’re thrilled to announce our partnership with Grant, Ferdinando, and the rest of the team at FabricNano, a company building the technology that we believe will be central to jump-starting a bioindustrial revolution. FabricNano offers an alternative to petroleum based chemicals through its cell-free DNA-based flow reactor that produces biochemicals by engineering enzymes with the ability to bind directly to DNA.

Working with the building blocks of biology, cell-free approaches circumvent the need to domesticate cells (the hallmark of fermentation) and offers a route for the development of commercially viable biomanufacturing technologies in the process. Core to low costs is the high purity of FabricNano’s bioproducts that require little to no downstream processing, which accounts for a major portion of traditional chemical manufacturing costs.

Building a business within the ‘golden triangle’ of Oxford, Cambridge, and London, FabricNano has convened an interdisciplinary team by drawing from experts across biochemistry, chemistry, enzymology, computer science, theoretical physics, and more. This funding will enable FabricNano to accelerate the scaleup of its FabricFlow reactor technology, starting with sustainably synthesising chemicals used in plastics and personal care products, but not ending there. 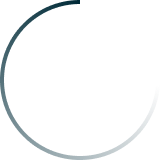